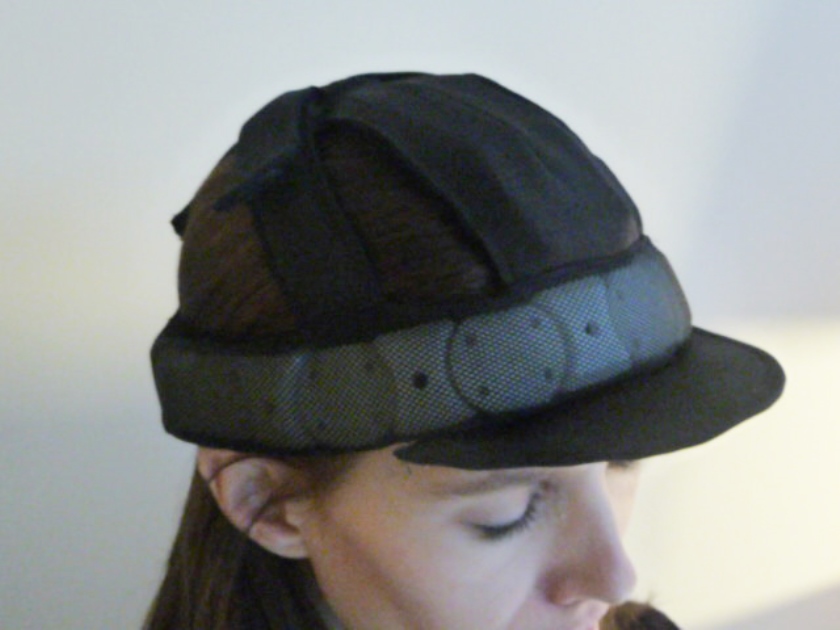 Dr. Ron Gonzalez is passionate about taking science out of the labs and putting it into practice. As a result of his success in doing just that, today he’s the President of Avertus Epilepsy Technologies Inc. (Avertus): a company focused on improving the lives of people with epilepsy through the development of a wearable headset that can monitor and alert people of their seizures.

Avertus is still a young company, but they have come a long way. Dr. Gonzalez started off his journey as an OBI intern with a PhD in neuroscience. He was working on his MBA when he met Dr. Peter Carlen, a researcher in the EpLink program, and Dr. Michael Berg, who had an idea to develop a system that could detect and stop seizures.

When they invited Dr. Gonzalez to join their team, he saw an important opportunity to improve the care of people with epilepsy – a common neurological disorder affecting approximately 90,000 Ontarians. Current seizure detection requires admission to hospital and uses special electrodes to detect brain activity that can be cumbersome to put on and take off. Dr. Gonzalez and his team are developing an easy-to-wear headset that could monitor brain activity at home and send the data directly to a clinician, allowing the care provider to monitor whether seizure-cessation treatment was working. Such a headset could also provide some peace of mind to the parents of children with epilepsy who worry about their child having a seizure at night, when they may not be able to help them.

To enhance the collaboration, Dr. Gonzalez successfully contested for a spot as one of OBI’s 2014 Entrepreneurs. The program provided him with $50,000 over one year, allowing him to focus full-time on the headset. He explained that while the funding was essential, there were other aspects of the program that proved critical to the development of the business, “the opportunity to form a peer group with people that were going through similar issues developing their businesses and the connection to a mentor that had worked through many of those challenges was invaluable. The various training sessions offered throughout the year built on what I had learned during my MBA and provided people who were fresh out of the lab with a crash course in business”.

Starting a company however, does not necessarily mean there’s a product that’s ready to go to market. Avertus needed to develop a prototype but did not have enough funding. The prototype they needed would have to represent benefits over current in-hospital monitors, be easy to use, and have the ability to detect seizures accurately. “We were in a black hole where nobody wanted to fund us because it was too risky and since it’s a commercialization initiative, we weren’t eligible for many of the public grants,” recalls Dr. Gonzalez.

For a start-up company, the period between early product development and being investment-ready is challenging – entrepreneurs have a tendency to get caught in a Catch 22 situation. They need to develop prototypes or show proof that their innovation works before securing funding. Once this proof is met, investors are more likely to see the value of investing in the early stage company. But, it can take significant capital to create a prototype.

Recognizing that this is a critical phase, OBI has developed the Neuroscience Early Research & Development (NERD) Program to support early-stage product development for businesses. Contingent on potential interest from future investors and meeting milestones in development, OBI’s NERD Program ensures that innovations coming out of the research programs get the support needed to bridge critical gaps in capital to prepare companies for market investment. NERD funding goes directly to Ontario-based service providers who assist the start-up companies with critical steps in their development process, such as prototype engineering, safety and toxicology tests, and pre-clinical studies to further support the efficacy of the technology.. In addition to funding, each company is designated a Product Development Team – a group of industry experts with product development experience to provide guidance and support to the company’s progress of activities. One of the companies that has been brought through this program is Avertus.  When they received NERD funding it allowed them to work with an engineering firm and build a prototype in a few months. “This sped up the process significantly and allowed us to explore ideas around how to best build the device with the features it required,” said Dr. Gonzalez. They have since continued development and are in the process of working on a commercial prototype to be used at home. They are also exploring ways for this technology to be used in the research setting, and even be combined with technologies allowing its use in other health conditions.

Funding can go a long way to help a young company get through some of its first challenges. But the value of a solid network is equally powerful. The impact that Avertus is poised to make is magnified by the network of researchers, patient advocates, and industry partners that surround it. OBI is fortunate to find itself among the talented and passionate groups that it connects and it is exciting to think about all collaborations that are yet to begin. As a province with over 800 neuroscientists, Ontario is already making a real impact on brain research globally. The impact of this research is magnified through commercialization initiatives where new tools and technologies are developed to provide better patient care. The entrepreneurs and companies in this space make up Ontario’s neurotechnology cluster – a key component of research and economic development in the province.