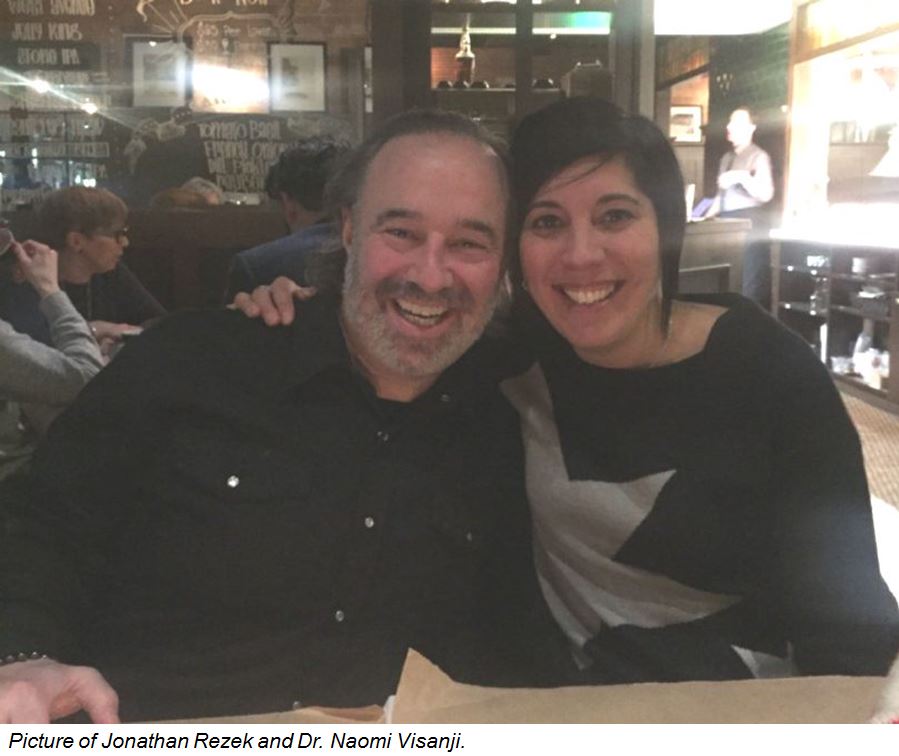 It takes almost a decade and billions of dollars to develop a drug for brain disorders. Furthermore, 88% of those drugs fail clinical trials because of their lack of efficacy and safety1.  The entire process is not only daunting but very costly, in terms of time and money.

But, what if there was a way to accelerate the process?Are there better ways to do our science so we can help people faster? The ingenuity of Jonathan Rezek reminds us to ask similar questions when in need of an urgent solution – what can we do differently to achieve our goal and to serve our purpose.

Jonathan Rezek, a 56 year old IBM executive living with Parkinson’s disease, was visiting the University Health Network (UHN)’s Movement Disorder Clinic when he found a solution. In order to fast-forward the process of drug discovery, why not see if any existing, approved drugs for other conditions might also be safe and effective in treating Parkinson’s disease. However, to identify that specific drug, researchers would have to plough through millions of scientific articles which mention these drugs, identify biological targets, and interpret what effect that drug might have; Rezek knew exactly what to do!

“(Rezek) had approached his neurologist, Dr. Connie Marras, a colleague of mine, about using IBM Watson, a form of artificial intelligence, for our research,” says Dr. Naomi Visanji, a scientist at UHN’s Movement Disorder Clinic. “When Connie mentioned it to me I was immediately drawn to the idea as it was something new, potentially very powerful and certainly exciting.”

IBM Watson is an analytics platform that uses machine learning and natural language processing to search millions of pieces of literature and derive meaning. It made its first debut on the game show ‘Jeopardy!’, beating out seasoned winners and demonstrating its ability to not only understand language but to apply that understanding when searching large sources of information for an answer.

“Initially I saw Watson being applied to business and health research like oncology,” says Rezek. “I was pretty sure Watson could similarly help accelerate Parkinson’s disease research by reviewing all of the online medical literature and generate hypotheses and ideas at a rate no human could ever match.”

Researchers at UHN agreed to test Rezek’s idea. They could train Watson to search scientific literature and find drugs already approved and safe to use, eliminating the need for early stage drug testing and jumping right into the into studies that examine the effectiveness of these existing drugs in Parkinson’s disease models, by saving millions of dollars and years of research.

It was at this stage that the Ontario Brain Institute (OBI) was approached to fund the project and bridge the gap between industry and research. OBI could use its knowledge and learning from Brain-CODE, OBI’s data and informatics platform, to help oversee the project, as well as explore how this new tool could compliment Brain-CODE. Brain-CODE is OBI’s data management platform. It holds a wealth of behavioural, clinical, MRI, EEG, genetic and other data for 15 brain disorders, collected by hundreds of researchers across Ontario. The state-of-the-art database enables breakthroughs in brain-related health to happen more quickly, benefiting people in Ontario and beyond.

With the help of IBM and OBI’s Informatics and Analytics team, UHN researchers quickly learned how to use the platform and apply its incredible analytics horsepower to Parkinson’s drug discovery. Researchers began teaching IBM Watson to identify literature on a set of molecules shown to target alpha-synuclein aggregation and toxicity – a biological target for slowing the progression of Parkinson’s disease. IBM Watson used its language processing capabilities to search millions of scientific abstracts to identify approved drugs that could have a similar therapeutic effect in Parkinson’s disease.

Within months, IBM Watson identified a number of drugs and shortlisted 21 as candidates for the treatment for Parkinson’s disease. “We are currently seeking funding to carry out vital validation studies in our labs at UHN,” says Dr. Visanji. “If successful… this work has the potential to enhance the available treatment for patients in the very near future.”

Tools like IBM Watson apply the recent advances in analytics and artificial intelligence to big data, providing new insights to complex problems in neuroscience and healthcare. Similar innovative analytic techniques can also be applied to Brain-CODE to search for patterns and relationships. This will help speed up the discovery of new diagnostic or treatment options for brain disorders.

It was the astute thinking of Jonathan Rezek that put IBM Watson to good use.  It powered a project that can potentially bring us closer to new treatments for Parkinson’s disease, triggered a collaboration that is bound to have a positive impact on people living with Parkinson’s disease, and saved millions of dollars and a decade of research.