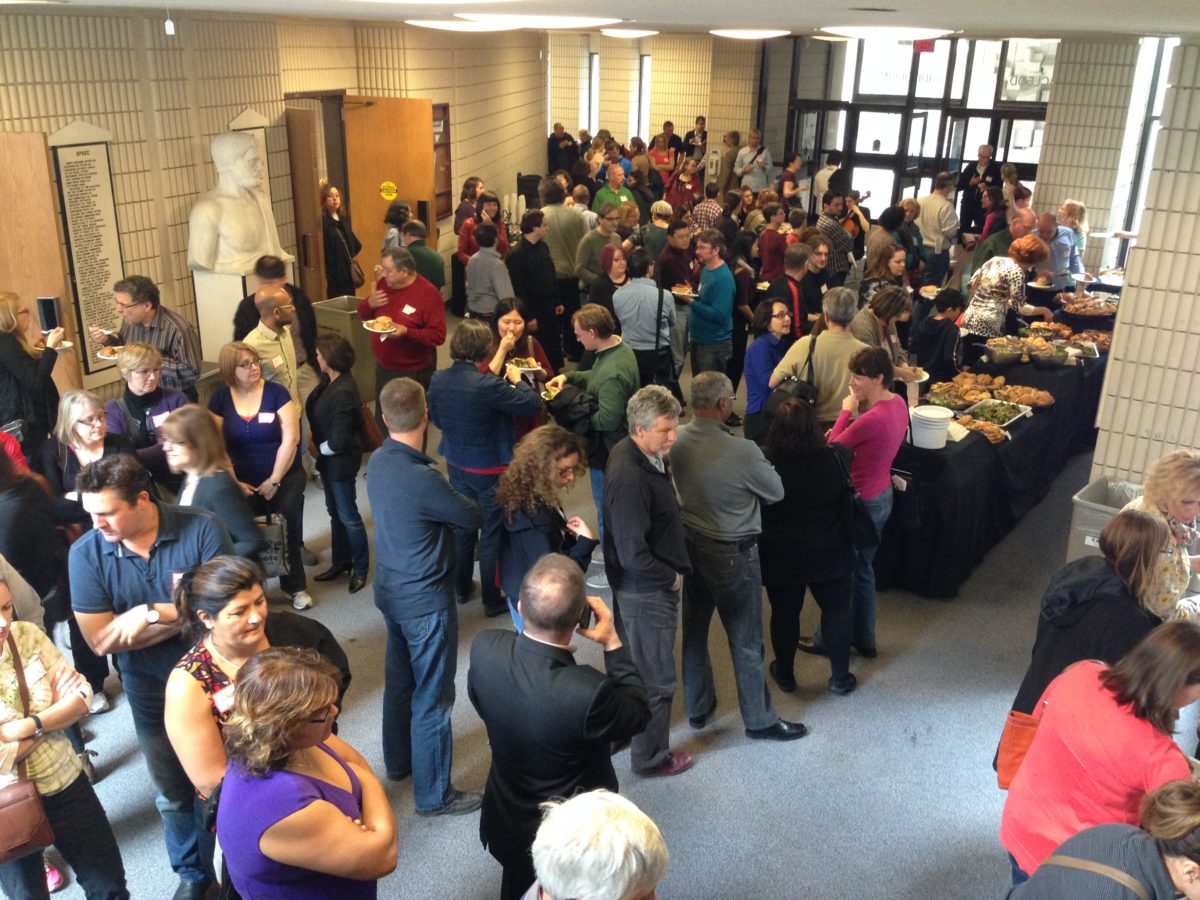 One of OBI’s major goals is to facilitate collaboration between patients and their advocates, researchers, clinicians, and industry to improve outcomes for those affected by neurodevelopmental disorders. One of the best ways to do this is simply to bring people together which is one of the reasons why OBI’s Integrated Discovery program, the Province of Ontario Neurodevelopmental Disorders (POND) Network, held a parent information day on May 3, 2014 to engage in dialogue with the parents and family members of children participating in POND.“I now know many of the researchers involved in POND very well. The day gave us insight into how they work together and share an interest in the POND network and POND philosophies,” explained Connie Putterman, a parent representative on the POND Patient Advisory Committee.

The POND Network collects data from participants living with neurodevelopmental disorders such as: autism spectrum disorder (ASD), attention deficit hyperactivity disorder (ADHD), obsessive compulsive disorder (OCD), and intellectual disability (ID). This program aims to discover better screening methods and treatments for neurodevelopmental disorders, and to better understand the common biological characteristics and effects on behavior. This allows researchers to group patients into biologically similar groups that are more likely to benefit from particular drug and non-drug based therapies developed in POND.

With over 300 attendees, the day provided an opportunity for researchers to meet face-to-face with the families participating in POND, giving them an opportunity to share the specific purposes and potential outcomes of their research.  The day included talks from leading researchers and members of patient advocacy groups and a chance to network with others involved.

A highlight for Connie was learning about specific research techniques, including the use of animal models and finding out about new researchers in the field of autism in Ontario. According to Connie, the attendees were provided with insights into what new research is being done and who is leading the charge in Ontario. “We now have a better understanding of the collaborative nature of researchers involved in POND, as well as how their work is linked with and beneficial to many neurodevelopmental disorders.”

Dr. Evdokia Anagostou, child neurologist and clinician scientist from Bloorview Research Institute, discussed how common the existence of more than one disorder in an individual (comorbidity) is among neurodevelopmental disorders. Dr. Anagnostou further emphasized that the lines between disorders are often blurred since they may have similar biological characteristics and effects on behavior.  Dr. Peter Szatmari, Chief of the Child and Youth Mental Health Collaborative (led by CAMH, The Hospital for Sick Children and the University of Toronto), then talked about how these discoveries have led to important changes made to the Diagnostic and Statistical Manual of Mental Disorders (DSM V), which for the first time, addresses comorbidity.  It does this by introducing five characteristics that can be added to the diagnosis of ASD (autism spectrum disorder), for example, ASD with or without intellectual disability. It is important that the DSM V addresses this to facilitate the design of more specific treatments and to avoid treating them separately.

Other involved parents and families:

This was the first time that a common forum for all neurodevelopmental disorders within POND occurred. Broadening the knowledge and perspectives of researchers and patient advocacy groups involved is important for moving forward in the research as there is a lot of overlap in genes, brain changes, and behaviors among disorders such as: ASD, ADHD, and OCD.  It was valuable for attendees to meet and share perspectives from each group involved.  There was a video booth for the children, where they shared their stories about their experiences participating in the research, for example what it was like to be in an MRI study.  As Connie mentioned, “it is very encouraging to see so many families interested in participating in research and finding some common language between researchers and patients.  It is a partnership, and families who are there really believe they will affect change, which is heartwarming.”  By focusing on and communicating with families involved, the POND Network’s research will be more effective in developing new treatments and understanding patient needs.