We explored this question at the first session of “Great Conversations: The Mind Series” in partnership with the Ontario Science Centre. “Science Meets Psychedelics” hosted by Dan Riskin, an evolutionary biologist and former TV co-host of Daily Planet, featured panelists Norman Farb, PhD, Associate Professor of Psychology at the University of Toronto and Anne Wagner, PhD, Clinical psychologist, Founder of Remedy and Adjunct Professor at Ryerson University. 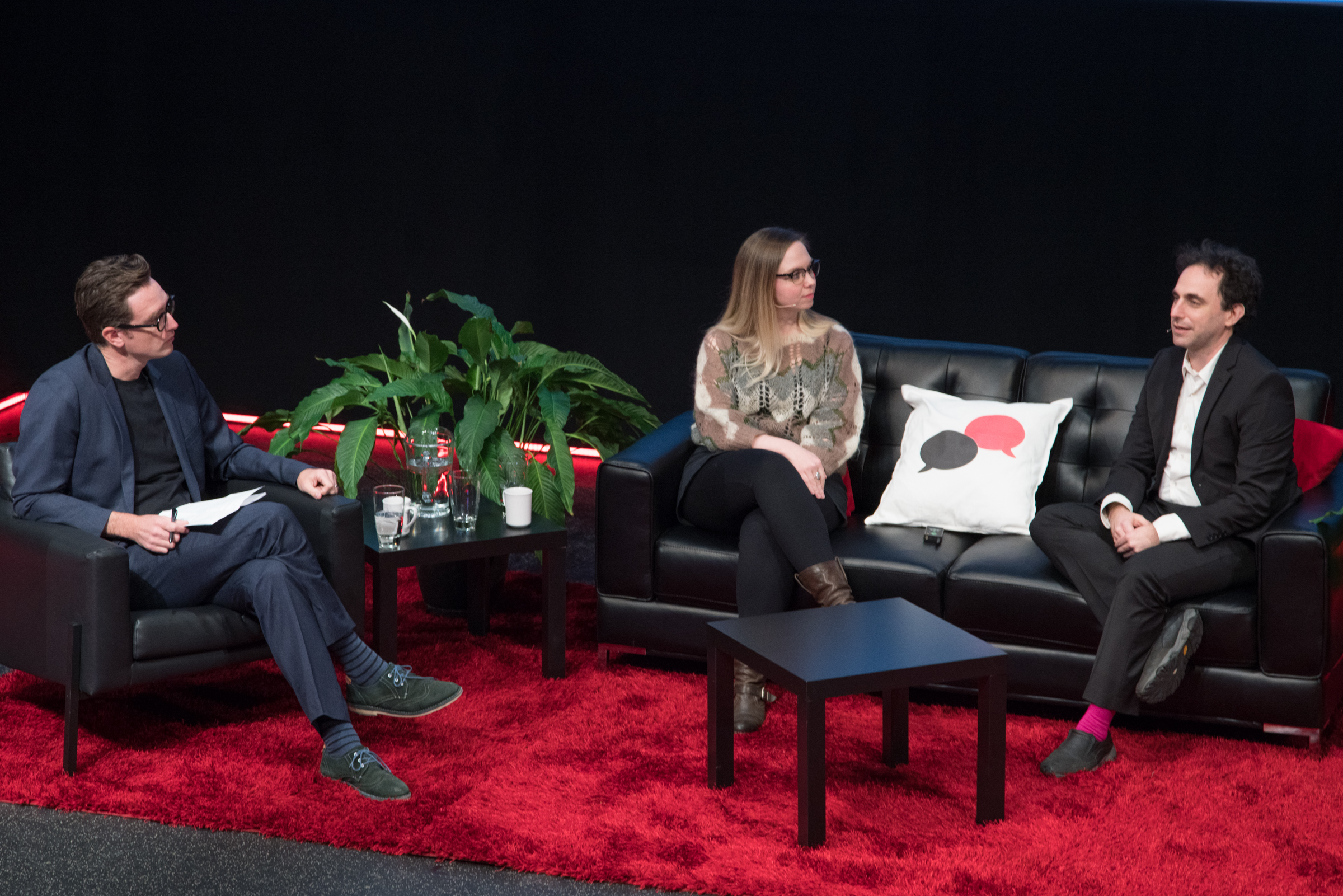 According to Dr. Farb, the use of psychedelics “get at the heart of how you are perceiving or relating to the word and restructuring it in some way.”

There has long been a belief in Indigenous spiritual practices, anecdotal evidence and from self-experimentation that psychedelics can “open your mind”. But to date, research on their ability to treat individuals with anxiety disorders and PTSD through clinical trials has been limited, if not controversial.

In recent years, that’s changed, and we’re learning a lot more about how these drugs can be used as an effective treatment option. Dr. Farb walked through a brief history of psychedelics, including how their usage came to a halt in the 1960s starting with a ban in California that was quickly followed by the rest of the globe. It wasn’t until the 1990s and early 2000s that the drugs re-emerged as a potential treatment options for brain disorders.

As Farb sees it, the renewed focus on psychedelics such as MDMA and Psilocybin came from, “growing dissatisfaction with the state of the word and specifically with the state of pharmacotherapy, where we haven’t really come up with another good drug.” In their research, Dr. Farb and Dr. Wagner are seeing that psychedelics can have a remarkable impact on treatment. In her own practice, Dr. Wagner has combined the use of MDMA as an adjunct to psychotherapy.

In a recent study led by Wagner, her team treated a group of six couples, each having one member diagnosed with PTSD. In the study, the “relationship was the client” – with Wagner noting that when one half of a couple lives with PTSD, it is fairly certain the other partner is also being impacted.

Combining controlled use of MDMA with traditional Cognitive Behavioural Therapy (CBT) allowed study participants to make significant progress in their sessions. The study brought forward incredible insights, with five of the six couples reporting an absence of PTSD following the treatment and all six couples reporting stronger relationships.

“When you have PTSD, you have a particular avoidance to the trauma or traumas that have happened. Step one is stopping the avoidance, step two is ‘meaning-making’ – having an understanding of why the trauma happened, and how to make sense of it now and unravelling how it has had an impact in our lives,” explains Dr. Wagner. “That usually has ties into ideas around trust, power, control, intimacy and esteem – all these components that make up this web that gets really stuck together and make it really difficult to move apart.”

Wagner suggests that integrating MDMA into psychotherapy allows that “web” to be disrupted.

“You can think of that web as a knot, and in therapy, we’re often pulling different strings to get the knot to loosen. During an MDMA session we get to loosen up the knot. In that session it could be that you’re not avoiding memories anymore. It could be that you’re not avoiding emotions. That’s how people get well, is to move through these experiences.”

So, can psychedelics be useful therapeutic drugs? The results seem promising but it’s still very early in the resurgence of this type of research. In the meantime, let’s keep an open mind.

To experience the full conversation, you can watch a recording of the talk here: https://www.youtube.com/watch?v=w-fYVOV7Bh4

Your Brain on Holidays

Give your brain a workout On their own, physical activity and cognitive (mental) exercise can each act to keep our bodies and our brains fit. But did you know that challenging your body and your brain together can maximize the brain health benefit?

OBI celebrated International Women’s Day 2016 with a public talk on how women are changing the face of brain research, from basic science to advocacy. Check out the highlights above or watch the full talk here.

Read More
Previous
Next
All Posts