Jacob’s case study is quite an important one to share. 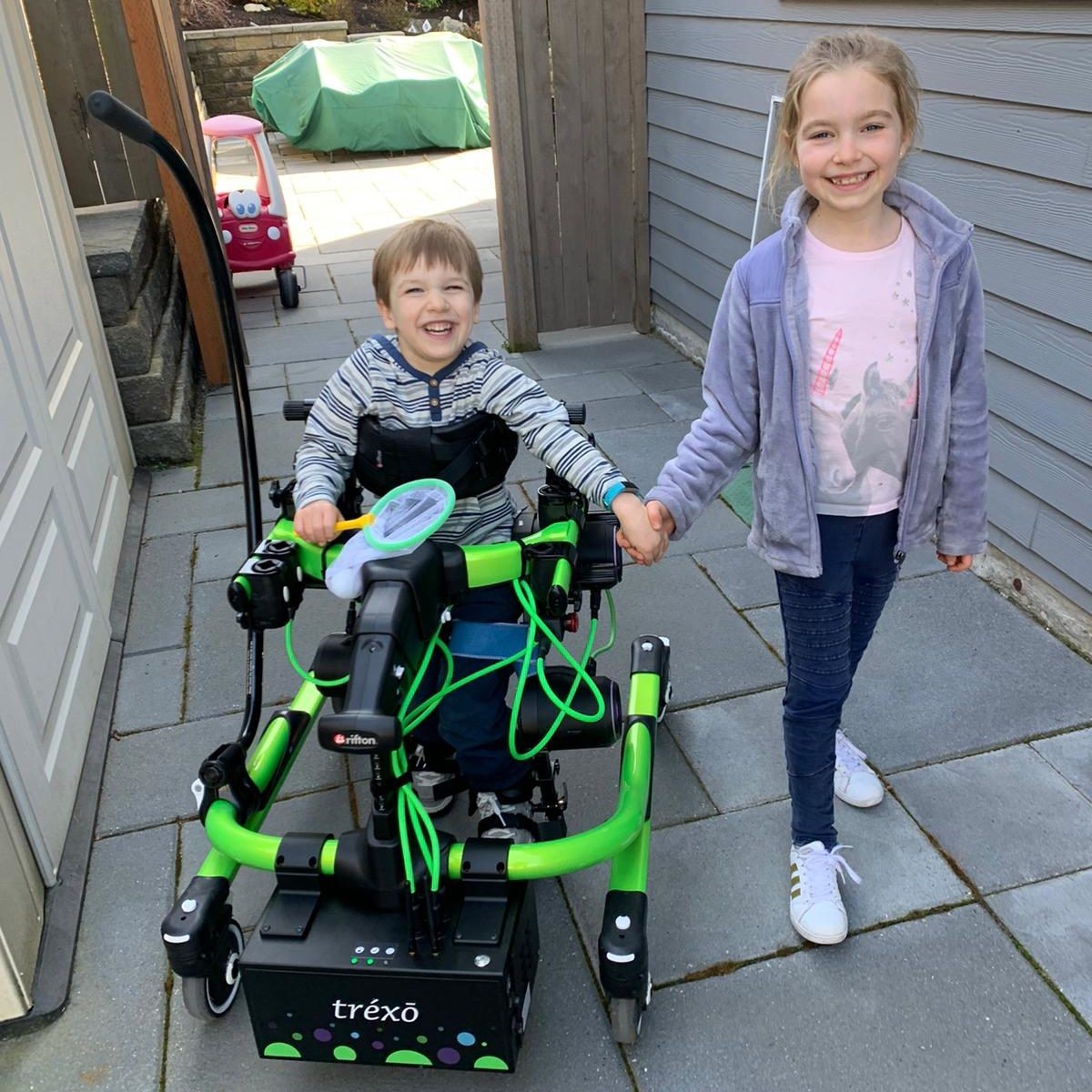 s a milder form of Cerebral Palsy, where he can walk by himself in a walker, but needed help in improving his gait. He also has some speech difficulties, but his cognition is perfectly fine. Jacob’s family got the Trexo in November 2019 hoping to see some benefits from it.

As soon as they started using the device, they started noticing improvements in his walking and overall strength and balance.

However, the really exciting stuff started happening after COVID. He used to go for PT, OT, Speech Therapy, Hippotherapy, and used the Trexo on top. Due to COVID, all therapies but the Trexo completely stopped for him. As a result, they decided to increase Trexo usage. Now, one would expect that removing ALL therapies would result in a decrease in the child’s functioning. However, by increasing the Trexo usage, they started seeing improvements in Jacob like never before. His core and walking continued to get stronger. Most surprisingly, his speech actually improved (there is some research as to why this might be, as motor milestones and speech are closely linked)!!

This goes to show the potential of Trexo. In this case, all therapies were replaced with extra time on the Trexo, which resulted in bigger improvements than any existing therapy. As a result of all of this, the family is reducing their therapies, removing Hippotherapy altogether moving forward.

Jacob has done 137k steps in the Trexo already.

The volume of walking that you get as a result of the Trexo makes it impossible to match using manual or traditional ways. This in itself makes Trexo one of the best therapy options out there. In addition, the work we are doing to design new controllers will further push the envelope as to what has been possible in terms of gait-therapy and rehabilitation.

The OBI Celebrates Interns and Entrepreneurs

By: Christopher Smith, PhD,OBI Intern with the Industry Relations team As a recent PhD graduate people always ask me ‘what’s next?’ I believe this is possibly the most common question asked to new graduates, but it is also the most difficult to answer.

There is something special happening in Ontario. Did you know that Ontario is home to more than 800 neuroscience researchers? With so many bright minds focused on the brain, there is tremendous opportunity for growth and leadership in this area.

Ontario has one of the highest concentrations of neuroscientists in the world, creating an opportunity for a thriving industry around the development of neurotechnologies to treat brain disorders. However, a study of Ontario’s ability to develop a neurotechnology cluster highlighted two obstacles; a lack of access to capital and insufficient managerial talent.

Read More
Previous
Next
All Posts